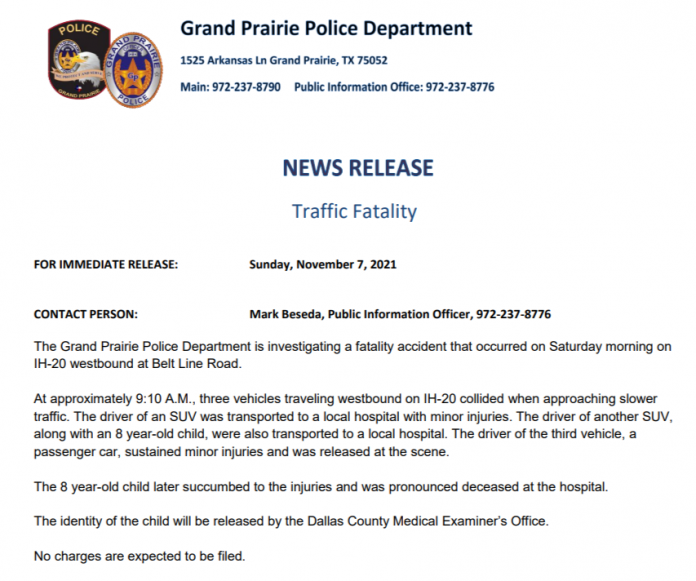 The Grand Prairie Police Department is investigating a fatality accident that occurred on Saturday morning on IH-20 westbound at Belt Line Road.

The 8-year-old child later succumbed to the injuries and was pronounced deceased at the hospital.

The identity of the child will be released by the Dallas County Medical Examiner’s Office.
No charges are expected to be filed.