Home News Did Grand Prairie ISD Purchase 2 or 2800 Air Purifiers, Why Won’t...
Facebook
Twitter
Google+
Pinterest
WhatsApp
In November 2021, Grand Prairie News reported on an open record request regarding nonexistent air quality reports on the outdated HVAC systems across the school district. During the school board meeting on December 16th, Superintendent Linda Ellis claimed that 2800 new Bipolar Ionization Stations had been installed at schools across the district. Grand Prairie News requested clarification on:

The work order for the bipolar ionization stations showed that two of the devices were purchased and installed by the school district, not the 2800 plus devices recorded on the Superintendent Report of Linda Ellis during the December 16th, 2021 meeting. Grand Prairie News called and emailed Public Information Officer Sam Buchmeyer of the Communications Department, Melissa Kates, Grand Prairie ISD Attorney, and Superintendent Ellis. Clarification was requested due to the discrepancy in the report. As of this date, there has been no response from any of the parties in the Grand Prairie ISD.

Where Is Transparency From The Grand Prairie ISD?

Why won’t any officials from the school district comment on the report? Their position is that they want teachers and students to be safe in school with HVAC equipment that’s outdated and likely not working efficiently. They claim to have installed 2800 bipolar ionization stations for the safety of students, teachers, and staff impacted during the Omicron Covid variant. However, they won’t be transparent about how many stations are installed or which schools have the new systems.

Ionization technology is widely adopted in schools around the country to eliminate Covid. Companies that manufacture the air purifiers claim they emit activated oxygen or charged ions that deactivate bacteria and airborne viruses.

A consumer in Maryland filed a federal lawsuit against Global Plasma Solutions, a manufacturer of “needlepoint bipolar ionization” technology that’s cited in the Boeing study. The lawsuit says the company makes misleading, false, and deceptive about its products based on studies that don’t pertain to real-world conditions. A spokesperson for GPS claims the study is “inconclusive” and the lawsuit is “baseless.” In court documents filed on May 24th, a spokesperson for GPS claims there aren’t any specific or concrete allegations to prove the company made deceptive claims about its products.

Boeing conducted studies on two types of ionization technologies to determine if either effectively killed germs on surfaces and concluded that ionization couldn’t significantly disinfect surfaces. The company chose not to install the devices on their planes. Boeing tested the technologies on surfaces but not on airborne planes.

Schools Are Turning Off The Devices

Kaiser Health News conducted an investigation. According to Lancet, a leading medical journal, the claims made by the manufacturers are “unproven.” More than 2,000 U.S. schools used federal funding to purchase the technology. The controversy is growing around the country. The superintendent of one California school district turned off 400 of the devices. Colorado State University Associate Professor Delphine Farmer stated that the Boeing report should raise flags.

No Reduction In Bacteria

Officials at Boeing cited a GPS document that stated the devices killed 99.68 percent of E. coli bacteria in one test within 15 minutes. However, the Boeing test concluded that there wasn’t any noticeable reduction in bacteria after one hour. GPS reported a 96.24 decrease in Staphylococcus in a half hour. Boeing engineers found no reduction in their tests after one hour.

Mickey Mills, the Houston attorney representing the plaintiff in the Maryland lawsuit, stated that companies capitalizing on people’s fears of Covid for profit are being victimized by companies. Many of the disclaimers on the product website appear to be more opinion than fact.

The Vice President of the Newark Teacher’s Association, Megan McMillen, was disheartened to learn that so much had been spent on the devices when the funding could have been spent on other safety measures for students and teachers after the disruptive school year due to Covid.

The Position Of The CDC is that the studies don’t necessarily imply that the technology doesn’t work as advertised. However, there isn’t any peer-reviewed to prove safety and efficacy in the conditions under which the devices are used. Bipolar ionization stations are technologies that are considered to be emerging.

1. Are the children, teachers, and staff in Grand Prairie schools breathing air that’s safe and free of contaminants?

3. Why isn’t there any transparency about the number of devices the school purchased? Was the figure 2 or 2800?

4. Lastly, Why didn’t one board member ask any questions? These devices cost $275.91 each. If they would have purchased 2800 it would have cost the district over $700,000. Any budget item over $50,000 requires board approval. Why didn’t a board member question this item? 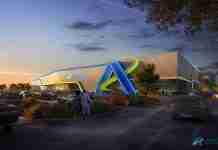 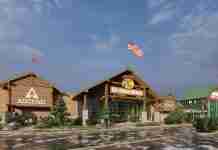 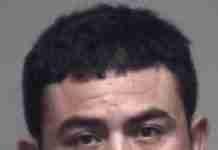