Midland Sold Out back-to-back nights at Billy Bob’s Texas the largest Honky Tonk in the world.  Located in the Stockyards. Friday, August 5th was the first night of the show in Ft Worth.  The place was a buzz with folks meandering in, slowing filling the place up from the time the doors opened at 6 till around 8:25 PM when Jonathan Terrell took the stage.  Terrell born in East Texas but residing in Austin was on fire playing for about an hour as the place continued to fill.   A lively performance by a well seasoned young man with a style all his own.  He was so hot, he ripped his shirt half off in the last tune. He finally tossed it out into the audience after the song was over and his set ended.  Listening to his music he has his own style, but I could hear strong influences of Willie Nelson, Bruce Springsteen, and maybe even a touch of Bob Dylan in his voice in some of the tunes. He successfully set the show up for Midland.  Go listen to his new song “Texas” and let us know what you think.

I must admit that my wife, I, and 12 or so of our friends were sitting around the pool at our friends on a hot Texas night and drinking a few beers, taking a couple of shots and we were talking about things we wanted to do and we decided to purchase tickets for this show at Billy Bobs.  We were not disappointed at all, and I would go and see these guys if they played again tomorrow night. Hey, they did play the next night.  Both shows were sell outs.

Midland came on stage around 9:40 PM and played until almost 11:30 PM.  They looked comfortable playing at Billy Bobs as Mark Wystrach commented that this was their 8th time playing here.  Also, I believe the music video “Burn Out” was recorded at Billy Bob’s.  The band members on the tour are:

They started about played some of their best songs including “Cheatin Songs”, “Mr. Lovely”, “Fools Luck”, “Put the Hurt on Me”, “Make a Little…” there were several other songs of theirs plus they threw in a couple of covers from Jerry Reed “East Bound and Down”, Eddie Rabbit’s “Drivin My Life Away”, Garth Brooks “Much Too Young”, Bruce Springsteen’s “Dancing in The dark”. My personal favorites they performed were “Burn Out” and “Drinkin Problem”.

I guess I was surprised by the stage presence these guys had.  A lot of country singers will stand in front of the microphone and they were all over the place tonight.  They were beasts, especially Mark Wystrach.  An ultimate showman with awesome movement on stage hardly standing in place the whole show, stretching out that 6’2″ frame, dipping to one knee.  Just a great show.

Mark was having such a great time that the stage manager grabbed his arm about 5 times and kept trying to usher him off stage as he was signing hats, and photos and taking selfies with the fans up at the front of the stage.

Great venue with good people that make it easy to get in and out, drinks and snacks were good and served quickly, and hey the best music in Texas.  My only complaint with the entire event tonight and it is only a big deal if you are taking photos and that is all of the blue, red, and green lights thru the 1st 3 songs.  Oh well, you can’t have everything.  Both dance floors were filled all night long.

If you get a chance to catch Jonathan Terrell or Midland live grab you a ticket.  It’s worth every penny.  If you have a free night go to the Stockyards in Ft Worth, get dinner, or catch another band at Billy Bobs Texas.  A great place to hang out with your friends. 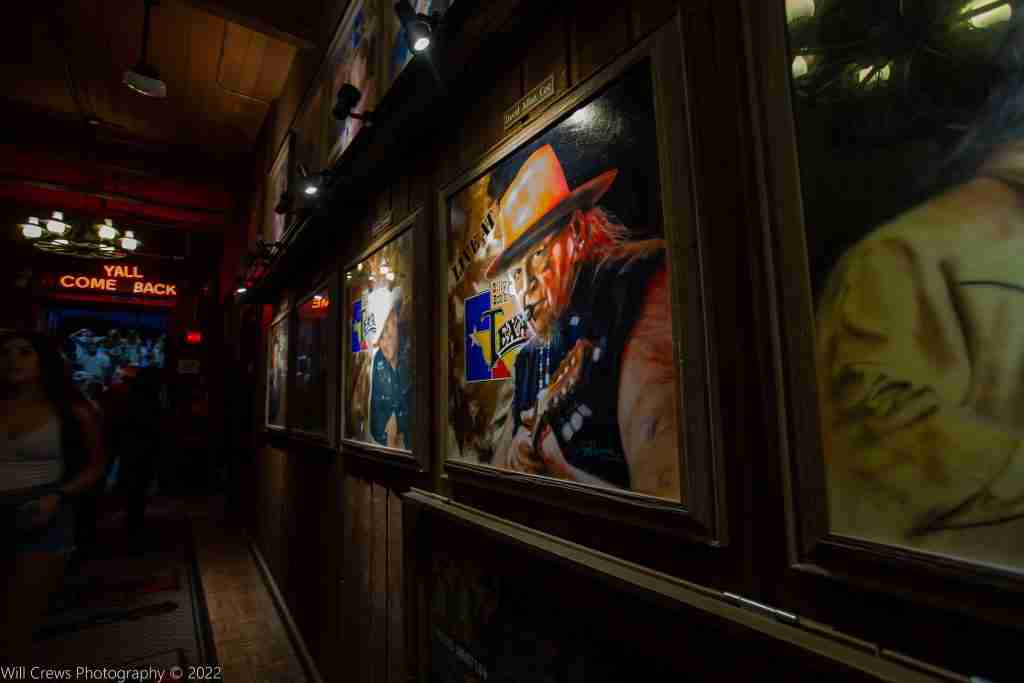 See you next time Midland. 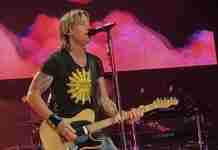 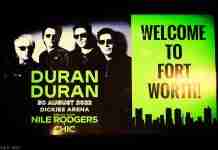