As President of the NAACP in Grand Prairie and a resident of Dallas County, I have always regarded this newspaper as a model of journalistic integrity. However, after reading the paper’s latest opinion editorials on Judge Givens, it’s clear that the Editorial Board is more interested in regurgitating allegations by her political opponents than offering an unbiased account of the happenings in the 282nd Judicial District Court.

Let’s get to the facts. The latest editorial contends that Judge Givens should “voluntarily remove herself from cases in which defense lawyers contend she cannot be fair.”

The first question that dozens of Dallas community and faith leaders are asking is: why is the newspaper questioning Judge Givens about voluntarily removing herself? The reality is that motions for recusals are a mere tactic of the Dallas Criminal Defense Lawyers Association (DCDLA) to, in their words, “damage her election prospects.” This was quoted by one of their attorneys in a public discovery filing.

Our second question is why hasn’t the Dallas Morning News done a better job investigating and reporting? Why have they not cited this public document, which plainly reveals the motives of these defense lawyers to unseat Judge Givens?

I am not a journalist, but facts are facts, especially when they are publicly and readily available and have been verified in black and white. After reading the DCDLA’s email correspondence and discovering their open and active campaign to hurt Judge Givens’ reputation, I have no reason to believe anything they say, and nor should the Editorial Board.

I am happy to shed light on some of the most egregious comments made by the DCDLA board and clearly expose their motives. The documentation includes a six-hour sworn deposition by former DCDLA president and current board member Amanda Branan, openly admitting on the record that the DCDLA “investigation” of Judge Givens is “not impartial.”

In another email exchange, DCDLA board member and attorney Katie Bishkin openly discussed unseating Judge Givens. She blatantly stated to other members that the organization’s objective was to work towards the “short-term goal of getting Judge Givens charged (or at least investigated) with a crime, with the long-term goal being damaging her election prospects.”

The reason these defense lawyers give for the recusals is that Judge Givens allegedly will not be fair to them, and as a result, to their defendants. However, community and faith leaders all over Dallas County can see right through this tactic of recusals en masse as a way to further malign a democratically elected judge.

I’ll admit, as lawyers, they are clever to use a legal procedure to hurt a judge and convince the Dallas local media that the recusals are “unprecedented” without even questioning the motive. However, they haven’t been savvy enough to fool the community. Now, we question what motivates the Dallas Morning News to treat Judge Givens unfairly.

It is not lost on community and faith leaders that Deandra Grant, the current DCDLA president, was on the record in this latest Dallas Morning News editorial and informed the reporting and the Editorial Board’s opinion. Yet, this “expert” is tainted because she leads an organization that has been compromised more than once after openly stating its goal is to unseat Judge Givens.

In America, everyone is presumed innocent. Does this not apply to democratically elected Black female judges too? The Editorial Board of the Dallas Morning News should remind itself of this basic constitutional tenet before defaming a beloved judge like Amber Givens or any respected community leader because we are watching. 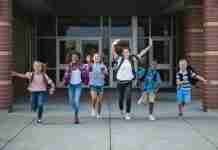 Have you ever thought about running for Grand Prairie School Board? 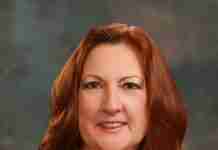